I like writing integration tests for my Go code. They give me confidence that everything works as expected. This was one of the reasons I built Gnomock (an integration and end-to-end toolkit based on Docker): to easily write tests for code that uses databases or other external services, like AWS S3 or Splunk.

I often put integration and end-to-end tests either into a separate package, or into the main package (main_test in the project root). I had one problem with it: code coverage reports were not good enough, they skipped entire packages and gave unexpected results. This was the default behavior when using the following command:

In the next examples, I will use a demo app, which has an integration test, and two packages: models and handlers.

My tests took 20 seconds to run, but no code was covered, which I knew was wrong. The issue was that the coverage report ignored sub-packages (models and handlers), which had all the important things in them.

Turns out there is a -coverpkg flag that allows to select a package for the coverage report:

It is even possible to report coverage for all sub-packages:

This information is more useful than coverage: 0.0%, but not useful enough. To add more details, coverage report can be saved into a file for further processing:

The output looks the same, but a new file appears in the current directory. We can extract a more detailed report from it:

From this report it is clear that String function from things.go file has zero coverage. This can be improved easily by adding another test. What about other functions with non-zero coverage? What did the tests miss?

There is another useful go tool feature: 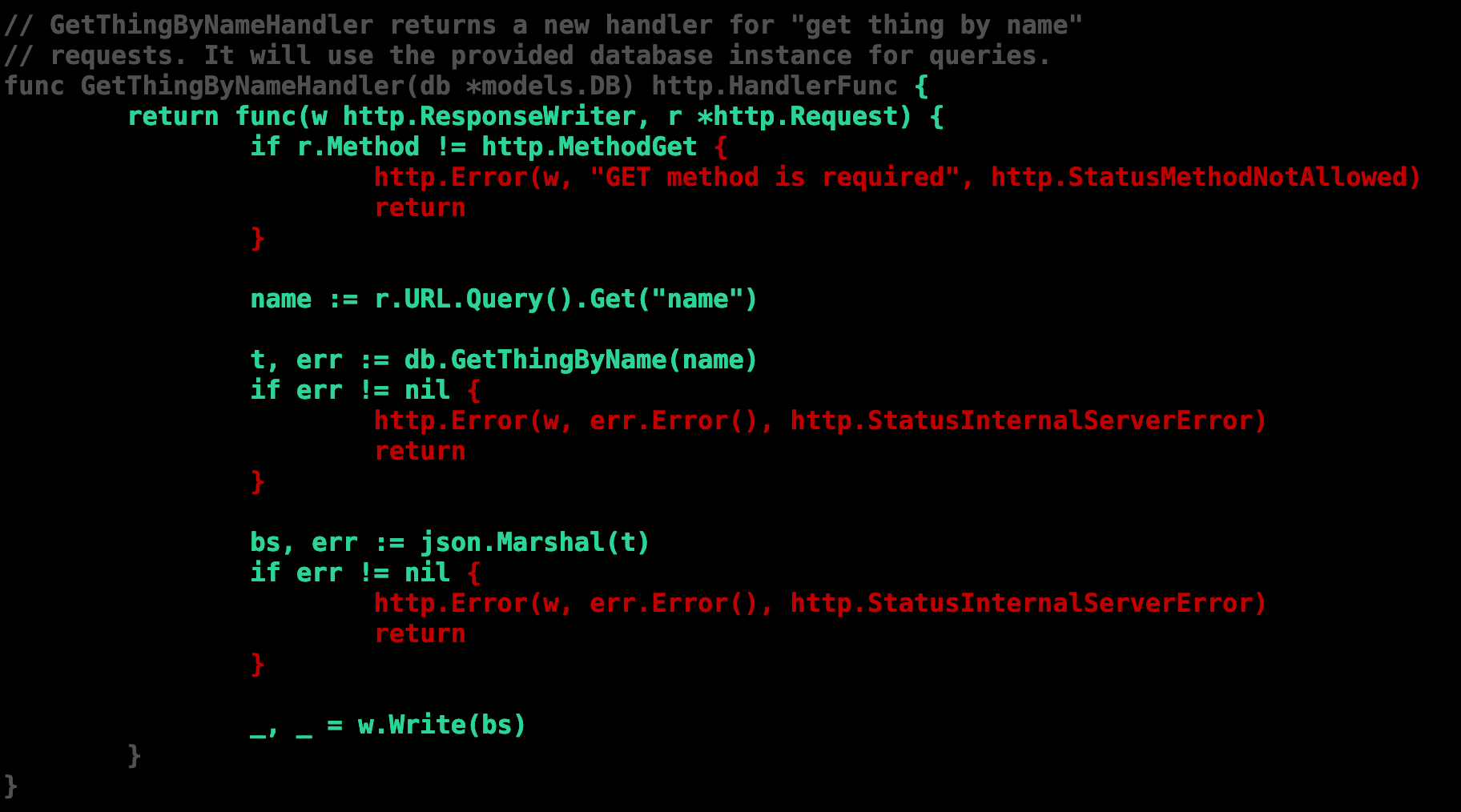 This report includes coverage for every line of code. It appears that none of the errors were tested 😿

Coverage reports can even include a heat map and tell you how many times each line of code was hit! This option is set by default when -race flag is used, or can be allowed with -covermode atomic flag. Read more about supported flags here.

Integration tests are great to build confidence in your code, but coverage reports of such tests in Go can be tricky. Use -coverpkg and -coverprofile flags to get more details from test coverage reports, and use go tool cover -html to view the results in a browser.

If your code relies on external services, like databases or AWS, Gnomock can be useful for writing integration or end-to-end tests.